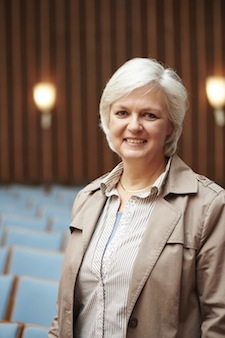 Renate Wolter-Seevers accompanies the release of all music productions on bremen radio hall records. She studied at the University of the Arts in Berlin and finished in 1983 with the Tonmeister degree as well as the certificate for teacher of theory of harmony and aural training. Since 1982 she has been working for Radio Bremen as a supervisor of music productions and has carried out numerous recordings in the Sendesaal as recording producer.

Her recording activity compasses virtually all areas of classical music, from renaissance to contemporary music and from solo instrument to larger orchestral instrumentations. Several recordings of hers have been decorated, and baroque opera recordings with the Boston Early Music Festival earned her six Grammy nominations. At times, she is freelancing at the Sendesaal Bremen. In 2014 Renate Wolter-Seevers won the Grammy Award for Best Opera Recording.