President of the »Association of the Sendesaal friends« 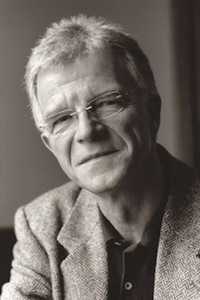 Peter Schulze took up studies of Tonmeister and composition at the University of the Arts in Berlin in 1968, before he was recruited as the editor for Jazz and Popmusic by Radio Bremen. For three years he was the head of the music office of Radio Bremen´s cultural program and relinquished this job in 2001.

From 2003 to 2007 he was the artistic director of JazzFest Berlin, appearing on the board of the Europe Jazz Network until 2010, and since 2005 he has been an artistic counselor for the trade event and showcase festival »jazzahead!« in Bremen.

He played a decisive role in rescuing the Sendesaal hall and has run the Sendesaal since its preservation in 2009 as president of the »Association of the Sendesaal friends«. At the bremen radio hall records label, he is the expert for recordings in the field of jazz, singer-songwriter and worldmusic.