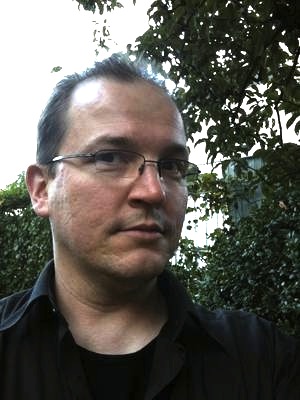 Frank Jacobsen made his first recordings with audio cassette decks and programmed his first MIDI sequences at the age of 16. In 1991 he joined the School of Radio Technology Nuernberg and was trained as an audio technician, and afterwards he has been employed at Radio Bremen. A scholarship for upgrading to the audio engineer´s profession in Dublin, Ireland, was initiated by himself in 1995.

After returning to Germany, he left his job at Radio Bremen in order to stay in the music production scene, operating for radio transmissions as well as for festivals and concerts, in addition to working as freelancer for North German Radio Hannover, Southwest German Radio, Westgerman Radio, and Funkhaus Europa. He autonomously constructed two recording cars. In addition to this, he is booked as a recording engineer by Radio Bremen / Bremedia Production in recordings of Early and Contemporary Music, Jazz/Pop, live-transmissions and (CD-) productions. The popular TV-show “Zeiglers wunderbare Welt des Fußballs” (Westgerman Radio), produced in the showmaster´s private flat in Bremen since 2005, is managed by Frank Jacobsen both in the audio and video technique.

Since 2009 he is maintaining the recording studio of the Sendesaal hall and is running his private business in the adjacent feature studio. As »house engineer« he attends to concerts and recordings either as a recording engineer or as a supersonic engineer of the  Sendesaal hall.